Liquidations and Bounce Back Loans - A couple of well trodden paths 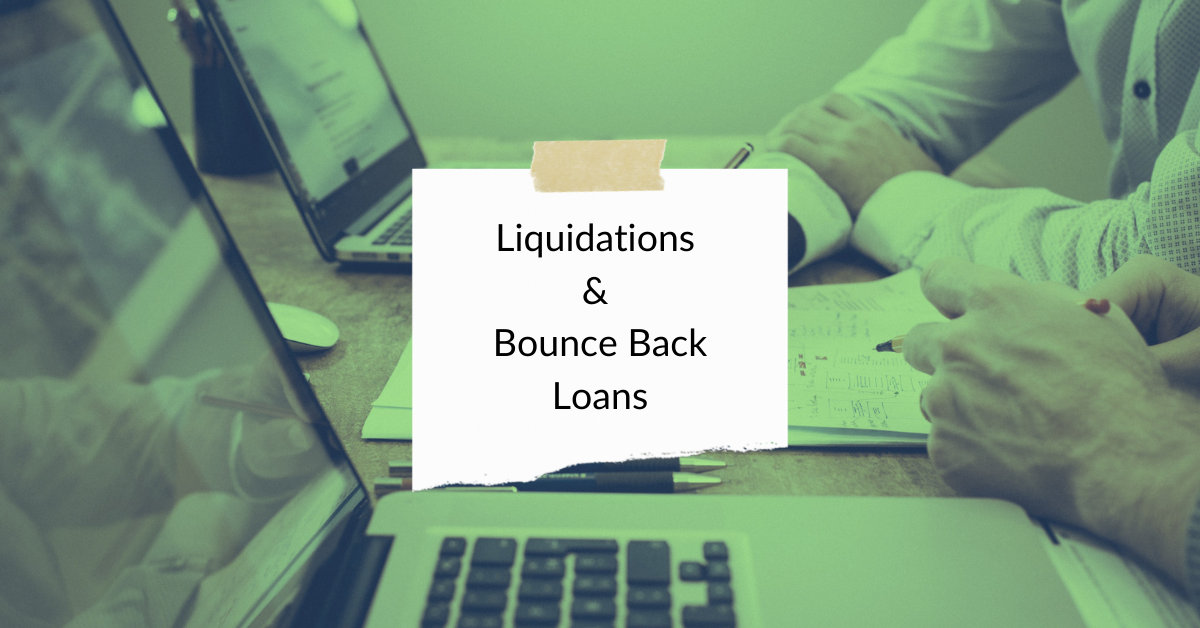 Our Director, Jeremy Frost dispels some of the myths around bounce back loans and company liquidations:

Over the years I speak to many business owners looking to resolve what they think are easily solvable problems utilising a cheap liquidation.

We will all have heard a phrase involving the receipt of £1 payments for every time an event occurred and retirement.  Well, here are the text of two conversations I have had many times.   My Bank details are available if anyone wants to let me have their £1.

‍JCF: Do you have a bounce back loan?

Enquirer: Yes, but I have discounted it as it does not have to be repaid.

JCF: Well, yes, the government has agreed to pay the banks back if the companies don’t but that does not mean that the loan does not need to be repaid.

JCF: What did you do with the money?

JCF: Re the wages, do you have a PAYE scheme?

Enquirer: No, we don’t.  I paid myself as I always have, as my Accountant advised.

JCF: So, the company has lent you some money, that ordinarily would get converted to dividends at the end of the year.

Unfortunately, you can only take dividends from profits, and as the company has not made any money then you will need to repay the loan.

JCF: How much have you borrowed?  Can you pay it back now in one go?

Enquirer: No. Can I pay it back over time?

JCF: We would be happy to work with you on this to ensure a repayment plan and quantum based on your ability to pay.

Enquirer: But what if I don’t want to pay it back.  Why can’t you just ignore what I said and say I didn’t mention it?

JCF: On that basis we would not be prepared to work with you.

Enquirer: Can you do me a cheap liquidation?  The only creditor is HMRC for CT and VAT. Everyone else is paid off.

JCF: So you will have an outstanding Directors loan.

Enquirer: How did you know?

JCF: For the double entry bookkeeping to work you need an asset to balance those liabilities.  CT is only charged on profits etc and, if you are making loses you are unlikely to owe significant chunks of VAT.

Enquirer: Why have all the other people I have spoken to not mentioned that?

JCF: You will have to ask with them, but they will earn more money from you by discovering the outstanding Loan Account the day after the Liquidation rather than discussing it with you the day before.

Enquirer: Ok, but I can’t afford to pay back that amount of money in one go.  How much will you allow me to write off.

JCF: On behalf of the creditors of the Liquidation there is a balance here between the costs and benefits of collecting in the outstanding Directors Loan and we can certainly work with you to establish what you can afford to repay and the timetable.  You should be clear however that the existence of the Loan will come to the attention of HMRC.

Enquirer: If I can’t get a cheap Liquidation then I think I should just strike it off at Companies House.

JCF: This is not something I would recommend. By signing the request to Companies House, you are declaring that the Company has no assets or liabilities.  That is not true.  In any event creditors can oppose a strike off application.  Historically HMRC have been remiss in checking Companies House strike-offs, but this approach appears to have been amended in recent times and HMRC appear a lot more switched on to stopping it.  In any event, if they do miss it, then recent proposed changes in legislation will allow the authorities to pursue Directors who pursue this approach as a means of evading outstanding corporate taxes even if the company is dissolved.

Liquidations and Bounce Back Loans - A couple of well trodden paths

Managing the pressures and avoiding stress